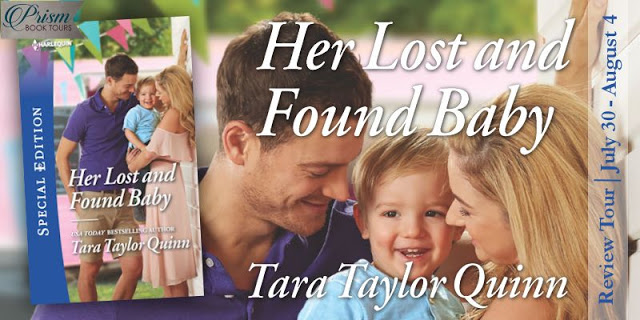 On Tour with Prism Book Tours
Hello, fellow readers! Erica here. Today I have the pleasure of being part of a review tour for Tara Taylor Quinn’s newest release, her first with Special Edition, Her Lost and Found Baby. I’ve reviewed  TTQ before on tour, so when I saw the opportunity to review this one, I jumped at the chance. You can read my review of The Good Father here.
Here’s the description for Her Lost and Found Baby: 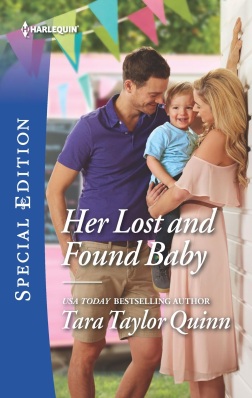 Her Lost and Found Baby

Friends. Without benefits. They both agreed.

Until she stole his heart.

Tabitha Jones will find her kidnapped toddler…even if it means searching every daycare in Southern California. So when her hunky, wealthy neighbor, Johnny Brubaker, offers a deal, Tabitha sees it as an ideal way to expand her search. In exchange for working his food truck, Johnny agrees to pose as Tabitha’s husband. It’s the perfect relationship…until Johnny realizes posing as a family man isn’t enough anymore.

Goodreads│Amazon│Barnes & Noble│Harlequin│iBooks│GooglePlay
My review: I first encountered Tara Taylor Quinn’s emotionally gripping work when she wrote for Harlequin Superromance. I followed her to Harlequin Heartwarming and was just as happy with her work there. I expected some things to change with the transition to the Special Edition line, but I hoped Quinn’s signature style would still be evident in the shorter format story.
When I began Her Lost and Found Baby, I wasn’t sure I was going to get my usual TTQ book. The beginning felt rushed, and it took me a couple chapters to get my head around the character of Tabitha. I attribute this to the shorter length of the book and the necessity to get the scenario set quickly. I felt like I was playing catch up on how we came to be at this point in the story.
I had no trouble connecting with the character of Johnny Brubaker. He came across like a nice guy who was helping a woman through what had to be the toughest time of her life. I loved him immediately.
After the initial jerky start, I really got into the story. The mystery of where Tabitha’s son Jackson was served as an interesting backdrop to the developing relationship between Tabitha and Johnny. The supporting characters were well developed and acted realistically for the situation they were placed in. Even though the book was considerably shorter than I’m used to from TTQ, the pace was well set and kept. The story progressed in ways that kept me invested in the outcome.
Tara Taylor Quinn has written a touching story about two people who set out to help each other with their “life quests” and succeed far beyond their initial expectations. More than checking off goals, they build the possibility of love after tragedy. I would recommend this book to anyone looking for an emotionally significant romance with a well-paced, well-developed plot, a hero any woman would love falling for her, and a strong heroine who will stop at nothing to find her son but still manages to care for others.
3.5/5 stars for compelling characters, a finely orchestrated plot, a perfectly paced romantic element, and good secondary characters.
About the Author 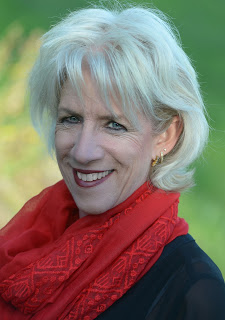 The author of more than 70 original novels, in twenty languages, Tara Taylor Quinn is a USA Today bestseller with over six million copies sold. A 2015 RITA finalist Tara appears frequently on bestseller lists, including #1 placement on Amazon lists, and multiple showings on the Publisher’s Weekly Bestseller list. She has appeared on national and local TV across the country, including CBS Sunday Morning.
Tara is a supporter of the National Domestic Violence Hotline. If you or someone you know might be a victim of domestic violence in the United States, please contact 1-800-799-7233.

1 winner has their choice of any two TTQ backlist ebooks

View all posts by Erica Hearns

6 thoughts on “Review: Her Lost and Found Baby by Tara Taylor Quinn”